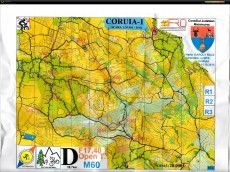 After the sudden disappearance of coach Racz Karoly , I kept postponing the moment until I felt able to write down it in an article.

Mr. Racz was the organizer of all editions, including the last ULD Championship at Mountain Bike Orienteering. He worked hard all year to provide a new area to delight all participants and he managed to do this.

It was planned that I will go to a birthday party in Hungary, but due to the weather forecast, a few days before leaving I have learned that we stay home. So, the weather was terrible, it was pouring and I was initially not decided to go because it is not indicated for me at all. However, I could not miss the opportunity to bike on a new map, especially as I was home, and I did it. I had only two sections where I could not advance on the bike because it was too muddy(section 1-2 of the station, and the station by 7), but otherwise the route was beautifull. Below is the map and the route. 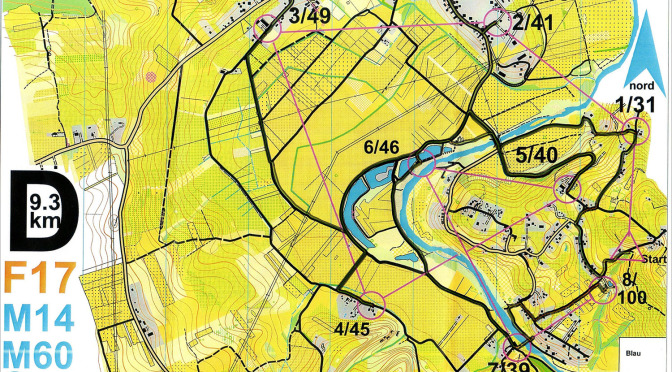 This weekend took place the National Relay MTBO 2×2 and ULD MTBO Championship.
In the first stage,  the relay competition, was an unusually warm weather in Sindresti and rode short loops and extremely fast. I competed as a relay exchange for F21 and both routes took about 30 minutes. Convinced by me, four friends accepted the challenge to try out orienteering even though they were not very familiar with the sport (they were never alone in the woods on a route ). Gladly I can say that they did a very good job and I hope that will come next time, even though it was quite difficult for them and their routes were not too good.
Sunday, we explored a new area of Maramures having a map released for this competition: Remetea Chioarului. The route was nice, 100% cycle and gave me a little trouble with the last climb between thelast 2 controls. Below, the new map and variants.

If after the first stage I can only reproach hesitation in the first control and a weak technical downhill in rocky area, the second day is a different story. I made ​​mistakes in the first six controls, and then I’ve not even tried further, as it was really impossible to change anything. The third day I decided to go more careful, and this gave results

As usual, the chestnuts holiday, means not just chestnuts, but also means sport. Unfortunately two of the competitions were held in the same time: a running competition and a mountain bike trail. I opted for the second one, which consisted of an aproximately 21 km route. Below you can see the route map and GPS. 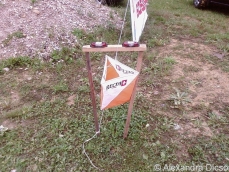 I was nervous that I will not get in time, considering that I arrived in the competition area just before the start. The reason was that the newly purchased bicycle support was hard to fix and that caused quite a few problems.

The route went well until the section between 12 and 13. The map shown roads that had to be roads, but they were rather paths drowned in the grass, thorns and nettles. After I have struggled going on that roads, I reached the control and … surprisingly the control was not. :-) Station was already picked up and the remaining thing was a ticket.

From there until the end I have not made ​​mistakes, but I clearly reduced speed.

The next day, although the time was not favorable, this was un-noticed because of beautiful and full access by bike of the route that I had. It should highlight that the map for this stage was new. So far, the second day was from my point of view, the most successful of the two days of competition. 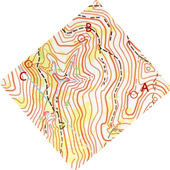